Since 2012, the research activities of a professor at the University of Glasgow have been reviewed across seven dimensions: quality of research outputs; research grant income; research student supervision; impact of research on society; learning and teaching practice; leadership, management, and engagement; and esteem. Academic promotion is based on a 'preponderance approach': candidates need only meet the necessary criteria in four of the seven dimensions. This approach ensures that staff are aware of criteria for promotion, but do not feel under pressure to ‘do everything’. When reviewing performance, we combine subject normalised indicators with a contextual narrative. In 2019, and after extensive consultations, we reframed these dimensions to encompass not just the achievement of the individual, but how they had supported others in creating a more collegial culture. Alongside each of the seven dimensions, we indicated what such collegiate behaviours might be. So, for example, in the outputs dimension, we expected to see not only the outputs that were published, but also how an applicant supported others in publishing their own outputs; under the esteem dimension, we expected to see not only the keynote lectures that the applicant had been invited to give, but also the opportunities they had passed on to colleagues.

The changes to our promotions criteria were part of a set of aligned initiatives to update our research culture, including research integrity, open research, support for careers, and clear and responsible approaches to evaluating research quality. Changes to our culture have one overarching aim: to improve the quality of our research. We view our culture not as an alternative to excellence but as one that allows more of us to excel. Our culture is what makes collaboration possible, and allows teams to come together to tackle the big issues in society; our culture is what drives the reliability of our research. When embarking on these changes we recognised that the University of Glasgow already had a progressive culture. The ambition of these changes was therefore not to ‘fix a problem’, but rather to reward existing behaviours and so to encourage more of our colleagues to adopt them. The changes we implemented were to a large extent initiated bottom-up. For collegiality in particular, the idea came from consultations with our academic units. We asked: “How can we make Glasgow the best place in which to pursue a research career?”. In reply, our colleagues left us in no doubt that lowering the barriers to collaboration both across and within disciplines was top of their priority list. However, colleagues also recognised the risk that, if left unmoderated, performance reviews might turn academia into a solo sport in which only the few are rewarded, thereby negating the advantages of the team that a broad-based university provides. We hoped that rewarding collegiality would preserve our collaborative ethos.

In the main, the proposals were well received. Any hesitancy in the community was of a practical nature, and related to the implementation of the proposals: for example, there was a concern that staff applying for promotion in 2019/20 would not have had time to collect evidence of collegiality; or that the assessment criteria were not sufficiently quantitative; or indeed that applicants would “game” the system, that is, they would behave collegially simply to get promoted rather than because they cared about supporting careers. It was also pointed out that, by measuring collegiality, we might kill it. Grass-roots consultation was key to overcoming these understandable concerns and communicating the intention behind the proposal. It was also important to plan the consultation carefully: unstructured consultation risks ideas being diluted, as various priorities compete for finite resources and even more finite attention span. Instead, we started our consultation by proposing some basic principles; in our case, an emphasis on collegiality and parity of credit between traditional research outputs and the impact they have on society. Having consulted on these principles, we then proposed the detailed policies in which these principles could be embedded. Beyond the immediate culture agenda, we also presented the benefits of these changes to wider issues facing the sector: supporting collaborative grants, increasing diversity of participation, ensuring that our senior staff support our core teaching provision. Considering the fuller implications of our changes again ensured the widest possible support for their implementation.

From the outset it was not our intention to create obstacles to promotion, but rather to drive conversations at a local and institutional level that, in turn, would change behaviours. We started with professorial promotions, so that senior staff could lead by example; however, our intention is now to extend the collegiality criteria to cover all career stages and job families. Our update of promotions made it easier to progress a number of other initiatives, including a programme of work to support for the careers of early career researchers and the launch of research culture awards to celebrate individuals or teams that make a difference to the community. At Glasgow we have made research culture a mainstream activity. It has been embedded further into our institutional way of working through the launch of our Lab for Academic Culture, which is itself embedded into the University’s new five-year Research Strategy and its own focus on collaboration, creativity, and careers. 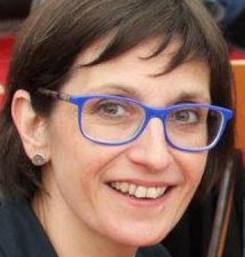 Tanita Casci is the Head of Research Policy at the University of Glasgow. She develops institutional policies and projects that support research staff and students to succeed, which includes aligning activities to promote a positive culture.

Miles Padgett FRS is the Kelvin Chair of Natural Philosophy at the University of Glasgow. During his five years as Vice-Principal for Research he championed how the support of early-stage careers combined with academic creativity could drive the research excellence agenda.

Or send an email to: Tanita Casci or Miles Padgett