Skip to content
Inspiration
From control to trust – illustration of a new evaluation model at Ghent University
In 2018 Ghent University (Belgium) radically changed its career progression model for professors. It introduced a new vision on the fundamental principles, the HR architecture and tools regarding performance, evaluation and promotion management. We talk with Rik Van de Walle and Jasmien Van Daele about their initiative.

The aim was to create a challenging, high-quality and stimulating career framework for professors. When the moment of evaluation (and thus promotion) comes, we do no longer look at the academic output alone. Instead, we take a more qualitative, integrated and talent-oriented perspective: [qualitative] Vision and strategy development is prioritized, both at the individual and the group level. We ask our professors to reflect on their most significant achievements (“What are you proud of in terms of academic realizations?”) and to look forward to the future (“What are your ambitions for the next 5 years?”). The focus is on the longer term, as an evaluation period now counts 5 instead of 2 years. [integrated] Research activities, teaching responsibilities and service to society or other institutions are equally taken into account according to people's career priorities, talents and strengths. We also specifically take the uniqueness of the context and the academic field of the professor involved into consideration. This differentiation allows members of a team to complement each other. Moreover, professors are considered as drivers of a team. Therefore, leadership and people management skills and attitudes are now a formal part of feedback and performance evaluation procedures. [talent-oriented] Each professor has a personalized ‘HR committee’ of 5 experienced people to support and challenge personal and professional growth, give feedback and, eventually, evaluate the professor including leadership and people management skills.

The previous career model for professors (established in 2012 and evaluated, after 5 years, in 2017-18) was criticized as a mainly output-driven process. It was considered to be focusing on ‘measuring’ people’s performance by meticulously counting their output through quantitative indicators (publications and citations in high-impact journals etc.). Also, some criticized it for putting too much emphasis on a priori defined, individualized targets which left no room for ‘taking another scientific path along the way’. Many voiced that this kind of ‘output-by-metrics thinking' was killing the passion for science. The existing system also put a high administrative burden on the professors and faculty staff, with a lot of paperwork to fill in such as annual job descriptions, activity reports, performance files, at a high evaluation frequency (nearly every 2 years). All this resulted in an increasing competition between academics, higher work pressure, employee dissatisfaction, burn-out among professors, … . When a new rector and vice-rector were elected, a new performance model for professorial staff was one of the highest priorities.

Especially in the beginning and given the rather radical change, the introduction of the new system came with some challenges. Three of them were probably most prominent: 1) The challenge of installing 1350 HR committees (1 per professor), including the planning of continuous and physical HR meetings. This was tackled by introducing semi-personalized HR committees, which means that part of the committee members, such as the department head, are the same for multiple professors. 2) Professors were a bit insecure about how to deal with the qualitative (read: the ‘open’) character of evaluations. They now have to talk openly about their long-term ambitions and own performance instead of using the ‘objective’ (read: measurable) and quantitative criteria for evaluation before. We therefore designed (light) guidelines and support tools like descriptive portfolios of academic activities and result dimensions to be used in the career talks. 3) The new system requires ‘open speech’, i.e. dare to say what you observe in order to help people move forward. Not everybody was comfortable with this, so we introduced (peer) learning and coaching sessions for HR committee members.

The feedback we receive most often from all those involved is that professors really enjoy being allowed to reflect on and talk freely about long-term career aspects, and sometimes even their doubts. They feel that the HR committee is there to support and challenge them to put things into a broader perspective. This is a clear sign of the implementation of an open feedback culture at Ghent University. Furthermore, the fact that a professorial career path is now assessed from multiple perspectives, including equal weight for teaching activities and other parts of the academic assignment such as people management and collaboration with society, is very positively received. This model also allows to properly value efforts on applying research integrity, open science, etc. The concrete - and mandatory - question on “how to fit with” the broader strategy and goals of the group leads clearly to more paths for collaboration. The baseline of the new initiative is trust instead of control. Those who perform well will be promoted, with a minimum of accountability and administrative effort and a maximum of freedom and responsibility. This is much appreciated by our colleagues. 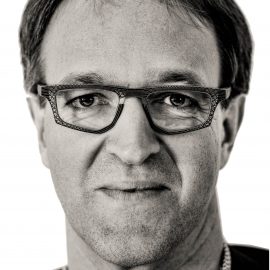 Professor Rik Van de Walle is rector of Ghent University since 1 October 2017 and President of CESAER since 1 January 2020. (Photograph and copyright: Michiel Hendryckx) 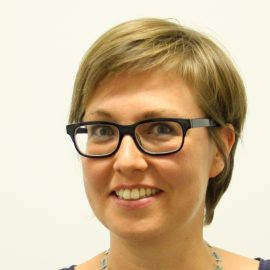 For more information on this project visit: Ugent

Or watch this short video tutorial about the Ghent career model

You can also send an email to: Jasmien Van Daele